Reg Barber has been making quality tampers at his workshop near Victoria, British Columbia, Canada for nineteen years. Through his own innovations and listening to barista’s needs he has constantly evolved his tamper designs. In 1995 Reg decided to open his own coffee shop. While training in Seattle Washington he was surprised by the flimsy plastic tampers that baristas were using to tamp the coffee. He decided to work on a better design as soon as he returned home. Nineteen years later he is still working towards that coffee shop. Reg Barber tampers are now used by champion baristas around the globe, his name being synonymous with superior quality and craftsmanship. 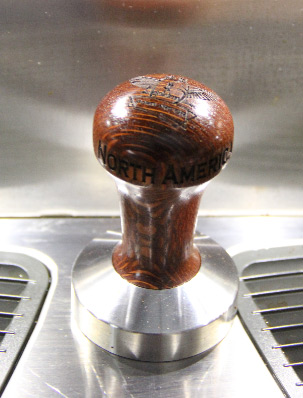